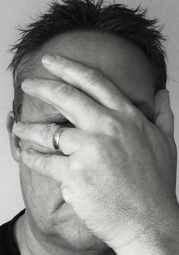 As the 2019 election rumbles on it seems that there is no trick or scam that Boris Johnson and his party will not try in order to cling to power.  It seems to come very easily to Boris and his gang, from totally misleading figures on a bus, creating fake Labour Party manifesto websites to spread misinformation through to re branding their twitter feed to deceive people in to thinking that the B.S they have been spouting is based on any kind of facts.

The so called debate on ITV was a farce from start to finish, with Boris responding to every question, no matter what the subject, with “whats important is getting Brexit done”.  To add to this we now hear that 20,000 of the promised 50,000 new nursing positions are in fact ALREADY WORKING IN THE NHS!  Yes the Tory party are including nurses that they will RETAIN rather than recruit.  You would have to be as thick as a whale omlette to not see that this is more manipulation and misleading information from Prime Minister Cummings and his glove puppet, Boris.  Do you really trust your future to people like these?

The BBC have shown themselves to be utter cowards in backing down and allowing Boris to go for the soft option of an Andrew Marr interview rather than face Andrew Neil as the other main party leaders have done.

As a side issue, when you look at the once mighty BBC news machines cowardice and the hopeless & predictable programming for Christmas day TV, is it any wonder that viewers (especially younger ones) are ditching BBC for Netflix and other streaming services!

I’ve said many times that I am no Corbyn fan, and I wouldn’t trust Dianne Abbot to run a McDonalds birthday party but at this time of political ineptitude surely ‘well meaning but naive’ is better than self service, lying, and clearly corrupt elites?